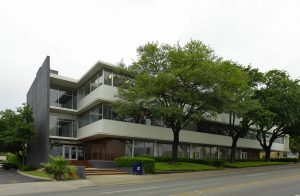 Arthur P. Veltman & Associates was founded in 1945 by Mr. Arthur P. Veltman Sr., a retired major league baseball player. In the beginning the focus of the company was on the tax certificate business and the filing of residential homestead exemptions for clients. As San Antonio grew it became increasingly evident that the property values the tax office assessed were too low. The overloaded school districts decided to break away and become independent of the San Antonio Tax Office. It was at this time that Arthur P. Veltman & Associates was tasked by the individual school districts to set up a working office and appraise each property in their district.

Edward J. (Buddy) Orr was working part-time for Mr. Veltman while attending college and became a full-time employee in 1954. His brother C. L. (Connie) Orr also joined the team as a full-time employee in 1957. The brothers’ hard work was an integral part of the growth of the company under Mr. Veltman’s leadership. In 1974 the decision was made to incorporate the company. Mr. Veltman passed away in 1980 and Buddy Orr assumed the position of president and Connie became the vice-president, secretary/treasurer. Believing relationships with our clients and reputation are the best marketing tool, the Orr brothers grew the company to one of the premier property tax firms in San Antonio. In 2001 Buddy became president emeritus and Connie assumed the position of president and Mike Edwards became vice-president. Buddy retired in 2017 after 63 years of service. The company has continued to grow and uphold the original values of providing excellent property tax representation to each of our clients.